I have been so busy last week that I was not able to post these photos taken from the Greater Kansas City Japan Festival we went to last week-end. Japan Festival was the very first nerd event I went to when I moved here in America eight years ago.  I wasn’t a “convert” yet back then so I didn’t really paid attention to what the festival had to offer. Now that I have a better picture of what to expect from these events I can now appreciate what’s going on.  I told Tashi that the only thing I remember from the festival back in 2004 was how much I admired the beautiful kimonos, Japanese traditional garment, displayed in one of the presentation/exhibit rooms. For this year, the festival offered several attractions for its patrons including various cultural performances  exhibits, workshops and demos and my favorites – food, shopping (of course!) and the cultural village. As usual, Tashi and I went our separate ways and just agreed to meet when it’s time to eat.

The first exhibit I explored was the Traditional Japanese Doll Displays room.  Japanese dolls are awesome – (though scary to some)! This exhibit offered a lot of information about Japanese culture.

My next destination was to find where Miyuki Sugimori, the Japanese Candy Artist, was showing her skills in making candy sculptures. Everyone, kids and adults, love her…and her sculpture candies!

I also went to the Bazaar and found some interesting stuff. I specially liked the chopsticks’ casing adorned with pressed flowers. 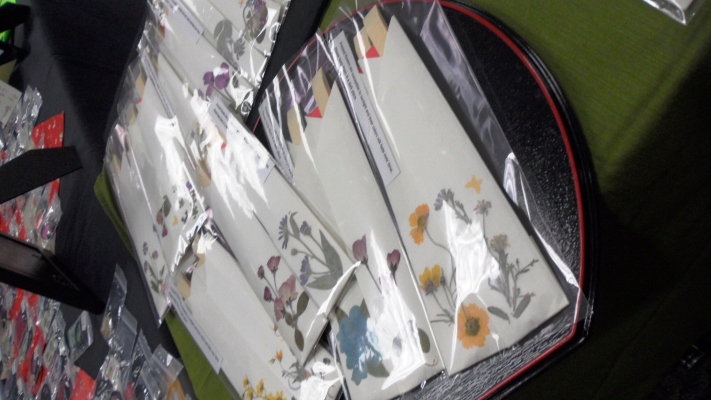 One of the main attractions at the Cultural Village was the Kimono and Samurai Armor Portraits Room. I decided to have a picture of me, wearing a kimono, taken as a souvenir of last week-end’s adventure.

While waiting on my photo to print, I watched this lady demonstrate to their guests the art of Origami.