Because of my two bunnies, PoopyBuhda and NinNin, I decided to start a mini herb garden this year. I know it was kinda late but I still went ahead and did it anyway. The seeds were so cheap ($2.25 for a packet of organic basil) so I thought it would not cost me that much in case I would not be able to grow them – I don’t have green thumb and even grown plants still die on me so I’m always discouraged to plant/grow anything. 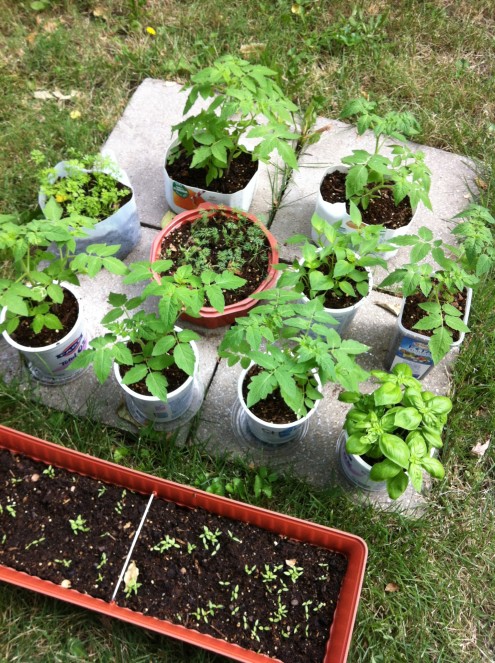 I bought basil, dill, parsley and carrot seeds.  I wanted to grow cilantro as well since the boys love cilantro but there were no seeds available. I also decided to grow tomatoes and cayenne pepper. To further save money on pots I used empty yogurt, orange juice and feta cheese containers.

Two weeks later,  I saw tiny leaves coming out of the soil! I am so glad to finally grow something!