We had a little adventure today.  After Tashi’s work-out at the YMCA this morning, he told me he wanted to take a short walk before heading home. We thought we’d go to one of the trails near Missouri Town 1855. This time, instead of picking the route we normally take, I chose a different route from the three choices Apple Maps gave me. It was a mistake. We got lost. It was daytime so I wasn’t worried even though we were in the middle of somewhere where all you see are never-ending winding roads, trees and a snake.  I wouldn’t have started getting worried had we had a full tank of gas. We didn’t. Turning around would be dangerous as there was no (soft) shoulder.  We just had to keep going and follow the road to where it will lead us eventually while praying for angels to protect us from anyone and anything.

I was glad we kept going. We ended up at the other side of the lake where we normally take a walk, one of Lake Jacomo’s Marinas.  It was beautiful! It was one of those moments I was thankful for getting lost. 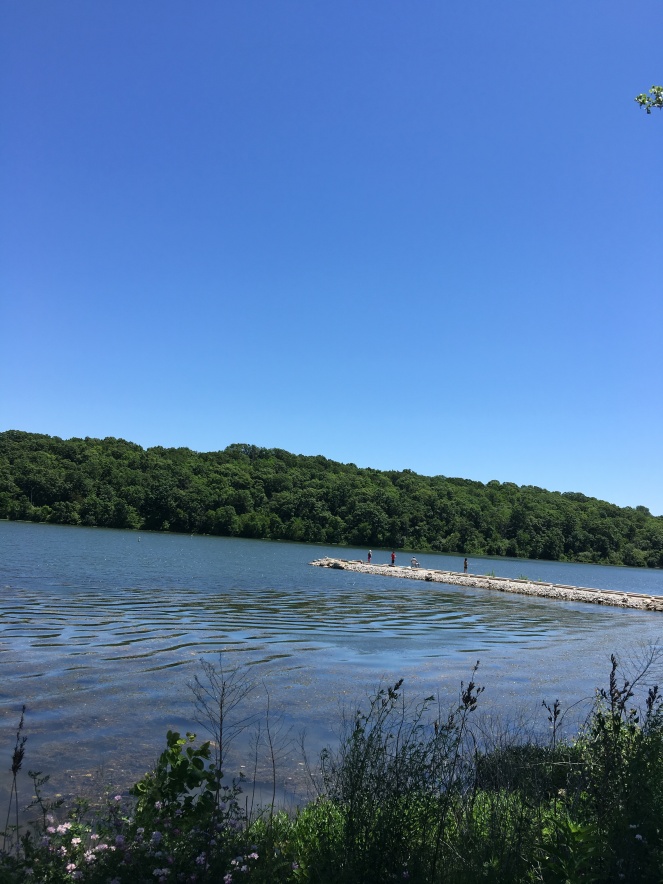 We only stayed for about thirty minutes but it was enough to feel much better (after the little scare of being lost).

I hope you too will get the chance to get outside and experience the beautiful nature surrounding us.

“Those who contemplate the beauty of the earth find reserves of strength that will endure as long as life lasts. … There is something infinitely healing in the repeated refrains of nature — the assurance that dawn comes after night, and spring after winter.”